The Managing Director of Amata Facility Services confirms that over 700 factories in Amata City Chonburi industrial estate are not closing down nor ceasing operation although the situation is being closely monitored.

On Monday 15 November 2019, Aukkares Choochouy, Managing Director of Amata Facility Services (AFS) Co Ltd., gave a press interview. Due to economic stagnation in Thailand, many factories have been closing down. However, he assured that all the 700-plus factories in Amata City Chonburi industrial estate are still up and running. There is no suspension of workforce; and the company is closely monitoring situation of its clients located in the Chonburi industrial estate. He acknowledged that the most vulnerable industry at the moment is the auto parts industry. Thailand was previously selling 2 million cars per year, however, forecast suggested that the annual sales in 2019 and 2020 will not reach that level. The automotive industry has very extended supply-chain system [i.e. suggesting extended impacts].

Meanwhile, the Amata Group has two industrial estates in Thailand, i.e. Amata City Chonburi and Amata City Rayong. In Southeast Asia region, it has two industrial estates in Vietnam and working toward expanding into Myanmar and Laos. For domestic expansion, Amata will continue the next phase with five new targeted industries. The new industries will take on the concept of “Smart City” which means they will be less labour-intensive due to high wages; instead, they will focus on high-skilled workers and promoting innovations that have higher products values.

Jakkarat Lertopas, Deputy Governor of the Industrial Estate Authority of Thailand (IEAT), said in the same press interview that he had not received any report of a facility [in the Amata Chonburi industrial estate] closing down. Regarding a recent news report on a factory in Chonburi laying-off workers; he said the incident was related to a factory outside an industrial estate [not under IEAT authority]; it could be that the factory decided to temporarily cease its operation or had to sell its business. He hopes the situation will improve so that the company could come back into the business; although no one can tell when.

According to the IEAT Deputy Governor, two groups of industries are most affected by the current economic stagnation: the electronic industry and the auto parts industry which see a 7% reduction in its sales. Although he pointed out that the recession is not limited to Thailand, it’s currently a global trend. A long-term solution, he suggested, is to develop high-skills labours to feed the new targeted industries. 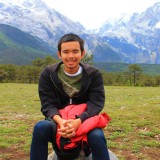